In our opinion, Rabcat is one of the best slots developers around at the moment, yet they don’t often get the attention they deserve. This is because they are a smaller scale, independent brand, who generally promote and release their games under the Microgaming name.

This partnership means that Rabcat games are available to play at many of the UK’s biggest and best casinos, including right here at Touch Lucky. However, it also means that you may not know much about Rabcat or what makes their games so special.

Fortunately, on this page, you can find out everything you need to know about Rabcat including:

As we’ve just mentioned, Rabcat is one of the software developers we’re very proud to have on board here at Touch Lucky casino. Rabcat launched way back in 2001, and have since been producing high-quality slot titles for both desktop and mobile.

Whilst Rabcat has been operating for years, their slots portfolio is still very small. The brand has only developed 12 slots in total, yet outside of the world of gambling, the brand has also worked on projects with big-name companies such as Blizzard, Microsoft and Disney. 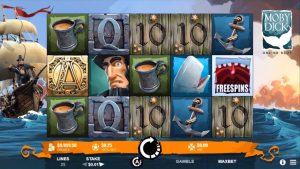 Although Rabcat is clearly a much smaller software developer than many of the big name brands we know and love, they’ve still managed to make a name for themselves. This is due to their unique approach to gaming.

Below we’ve highlighted just some of the things which make Rabcat a very impressive gaming brand.

The Most Popular Slots From Rabcat 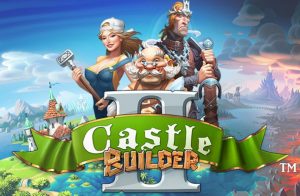 As we’ve already mentioned, Rabcat has only produced 12 slots since their launch in 2001. However, it’s very likely you’ve already enjoyed some of these titles, as their games are consistently some of the most played at online casinos.

Below we’ve listed some of our favourite Rabcat games, that we highly recommend you check out!

Casinos That Use Rabcat

Back in 2012, Rabcat signed a deal with Microgaming which allowed Microgaming to publish and promote Rabcat games under the Microgaming Quickfire brand. This partnership has proven to be beneficial to both the companies and their players, as it means that Rabcat games are available at hundreds of online casinos worldwide.

You can enjoy Rabcat games right here at Touch Lucky casino, yet we also understand that sometimes you may want to try out a new casino too. Below we’ve listed some of our favourite alternative sites for playing Rabcat slots and games.