Cryptologic was an Ireland-based software provider, created in 1995 the old-fashioned way: two brothers tinkering with 90s computer software in their basement.

You might see other reviews talking about Cryptologic in the present tense, but this company was acquired in 2012. So by rights, they don’t really exist as Cryptologic any more. 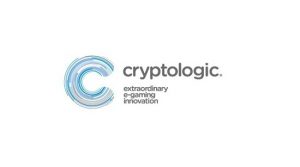 Indeed, after being acquired by Amaya Gaming Group, you will hear the name ‘Cryptologic’ being used synonymously with ‘Waterlogic’, which was their business-to-consumer division. This may also be why you won’t find a Cryptologic website anywhere.

Still, as one of the oldest and most renowned software developers in the online gambling industry, you’ll find their slots absolutely everywhere.

Even with Amaya taking over, the Cryptologic brand is still very present in gamblers’ minds. Let’s check out some of their most notorious games.

Most Popular Slot Games From Cryptologic

Cryptologic’s slots are perfect for Marvel and DC fans, and anyone who enjoys playing games that include pop culture of that sort.

For the more traditional players, you’ll find some particularly stylized slots on the Playboy online casino, Playboygaming.com. Playboy has been a Cryptologic client since 2007, so you’ll probably find quite a lot of slots there.

Being a pioneer in software development for the past 20 years, Cryptologic has developed more than 200 games with all sorts of exciting features. Their long-term experience vouches for the quality of their products.

Among their most popular games, you’ll find:

As you may have guessed, this game’s name makes a cheeky reference to the alien conspiracy theory surrounding Area 51 in the US.

You’ll find graphics recalling aliens and the kind of kitsch neons associated with sci-fi movies in the 90s. These 5-reel slots might not have a progressive jackpot but they have all sorts of fun features, including scatter symbols and autoplay.

Their hypothetical return to player is quite high, at 94,9%, making them quite a rewarding game if you keep at it!

As the title implies, the graphics of this 5-reel slot game take you around the world. The symbols recall hugely famous landmarks like Egypt’s pyramids and Sydney’s theatre.

Enjoy this fast-paced game with its scatter symbols and wild symbols upping your chances to win.

This game has a brilliant interface that makes you feel like you’re at a real, old-school slot machine. With its retro look and its multicoloured flowers everywhere, this game is a curious blend of hippy aesthetics and classic gambling.

The jackpot isn’t quite as interesting as the previous two. But this game is an old favourite thanks to how it transports you back in time, back when slot games were simple, direct, and fun.

Casinos that use Cryptologic

Some sites used to exclusively use Cryptologic games. As mentioned earlier, you’ll still find a huge amount of Cryptologic slots at popular online casinos like InterCasino and VIP casino.

Other great casinos where you can play these games for real money include: