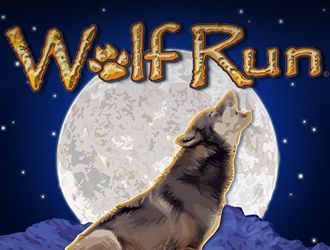 The Wolf Run video slot used to be a non-progressive jackpot slot. In a manner, it still is. Developers IGT have decided to release a Mega Jackpots progressive version of this popular wolf themed slot, though. Launched in 2016, the Mega Jackpots version of Wolf Run is virtually no different to the standard version, save for the Mega Jackpots symbol. This slot will still cost you between 40p and £400 a spin, and is still played over 5 reels and 40 lines. Failing the progressive, you can still win as much as 1,000x via secondary jackpot prizes.

The Mega Jackpots version of Wolf Run is virtually the same as the standard version in every other way. You can expect stacked wolf wild icons to bolster your wins, and they can do so in the bonus round as well as the free spins feature. Wolf Run symbols cannot replace bonus icons, though.

If you want to win the progressive jackpot, then you need to keep your eyes peeled for the Mega Jackpots icons. These also act as a secondary wild symbol (giving you two wilds to play with). These symbols will award the top paying prize when they appear on all of the reels of this slot.

As for bonus features, a free spin icon can go a long way to helping you land smaller wins. Land 3 of the free spin bonus icons on the second, third, and fourth reels, and you will pocket a free spins bonus round. In this bonus, you will receive a total of 5 free spins. It is possible to retrigger the feature, though, and win as many as 255 free spins in total.

If you loved the original Wolf Run: Mega Jackpots slot, then the chances are good that you are going to be mightily impressed with everything that this slot machine game has to offer you. With decent wins, progressive jackpots, cheap wagers, and a solid theme which is capable of appearing to all, Wolf Run: Mega Jackpots is a great slot.