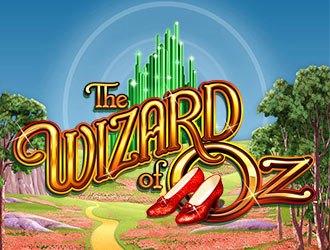 We’ve seen more than a handful of slot machines with the Wizard of Oz theme from WMS Gaming. Wizard of Oz: Road to Emerald City is the next in the series. Unlike the others, though, this slot has a radically new structure.

This is the first Wizard of Oz themed slot from the developer to feature just 3 reels. Upon those reels sit an amazing 30 paylines, which is absolutely baffling and yet exciting at the same time. Players can expect to be able to wager anything from 1p per line per spin, up to £100 a spin on this game.

If they manage to strike it lucky whilst spinning this slot machine game, they could potentially win as much as 150x their total bet in prizes. With an RTP rate of 96% for a 3-reel slot structure, there’s plenty of reasons to be excited about what this game can offer.

You would be surprised at just how many special features there are in this game. Landing 3 or four overlaying symbols in the 3 reels will trigger one of seven amazing bonus features. As well as those bonus feature, players will also be treated to wild symbols in the shape of the Yellow Brick Road and scatters which appear as overlaying emerald icons, as we’ve said.

Which feature you get is down to chance. Players could land the Glinda the Good Witch Booster which offers an instant cash prize, or they could pocket the Dorothy Free Spin feature which offers 20 spins.

The final bonus is the Toto Emerald Trail bonus, which is a self-explanatory trail which could see you win big cash prizes the further along it you go.

Never before has a 3-reel slot had so much to offer players. With the surplus of feature which are available in this game, it is incredibly difficult to win nothing, even if it might not initially look that way given the reel structure.

Wizard of Oz: Road to Emerald City is the best slot in the WMS Gaming series by far.