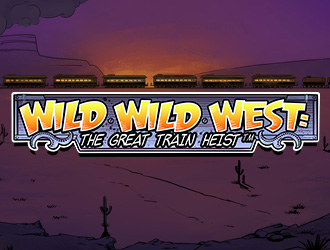 The slot features just 10 paylines on its 5 reels, and players can alter both the betting level and value of their coins, but not the lines themselves. Expect to find minimum and maximum wager limits of 10p per spin, and £100 per spin on this slot machine game. Prizes are worth up to 500 coins, and there are numerous ways to can win them in this slot.

There is a regular wild symbol in the shape of an action symbol in this game. This wild can offer you the top prize if it appears 5 times on a line, and it can substitute for all other symbols save for scatter and bonus icons.

Scatter icons appear as the number 7, and if they are landed 3, 4 or 5 times in any positions on the screen during a single spin, players will win 10, 20, or 30 free spins in total.

Players who score 3 golden safe symbols on the first, third, and fifth reels will trigger a pick and win bonus. In this feature, players can click one of the safes to win between 5x and 50x their total bet.

During this slot’s free spins bonus round, players will get to bag one of four different wild symbols. The regular wild symbol is self-explanatory. The expanding wild can expand to occupy whole reels, whilst the multiplier wilds can boost your wins by 2x what they are originally worth. Land a spreading wild, and you will see wilds spread out across multiple reels. Landing 5 wilds on any line can see you win the top prize, but you can also win it by landing 5 lady icons on the reels.

Wild Wild West: The Great Train Heist incorporates stunning comic book graphic with the same features we come to love from NetEnt. It doesn’t do anything terribly new, though, and for some players that won’t make it stand out.