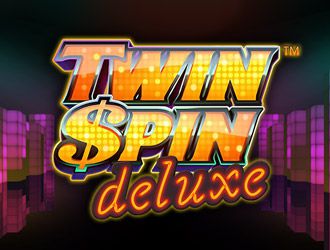 Twin Spin Deluxe is a sequel that many have been waiting years for. After initially arriving as an exclusive to Unibet and Maria Casino, it has now been given a wider release to the general iGaming community.

It encompasses the retro look of its predecessor, although with a modern-day interface, but houses one key change – the payout mechanic.

No, Twin Spin Deluxe is not a 243 ways slot game like the original, but rather another addition to NetEnt’s Cluster Pays series! Let’s walk you through Twin Spin Deluxe (or Twin Spin Cluster Pays, as it could be known) and all its special features to see how it matches up to its older sibling.

As we explained, Twin Spin Deluxe differs from its predecessor based on the fact that it uses the Cluster Pays slot design as opposed to the traditional 243 ways to win method.

In short, this means that you gain wins with “clusters” of symbols instead of aligning them on the reel. It makes things much more interesting and could be a great way to break the monotony of experiencing so many similar slots.

In addition to that, Twin Spin Deluxe is equipped with a double-reel feature which means you get twice the action on two separate reels.

Obviously, there are many advantages to having two reels in the same slot. Twice as many chances to win makes a game much more exciting, after all. It also keeps things dynamic. After all, how tired do you get of seeing the same slot again and again?

Twin Spin sorts that problem, both through the cluster pays and through the double-reel features. It would be a surprise if anyone were to quickly grow bored of this slot.

Play now at your local casino and see whether you have the same enjoyment we did!