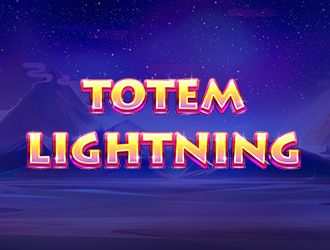 Totem Lightning slot is one of Red Tiger Gaming studios releases. Its title names the unique feature of the game – the lightning. It can bring you a huge win if it strikes at the right spot, so look out for it.

The game was released in October 2017. It’s a fairly new piece of software. So, it has nice graphics and an engine that runs the game as smoothly as possible.

In short, Totem Lightning has:

It’s a pleasure to play the game especially when you know that you might win so much at any moment.

An unusual thing about this Red Tiger slot is that it lacks a free spins bonus. While many people may think it’s a disadvantage, there’s something else on offer.

Cascading reels are one thing to consider. With them, every single spin could bring a couple of wins. This isn’t something that most slots can boast of, after all. Besides, there are some even more exciting features too.

The symbols then drop and if another win is made, that other type of symbols is removed too. This can go on and on, and the RTP increases each time along with the number of different symbols.

If you get three bonus symbols, you’ll also receive a multiplier which ranges from 2x to 1,000x. Now that’s a way to win big cash!

Totem Lightning may lack free spins. However, there are other features providing an even more exciting and unique gameplay.