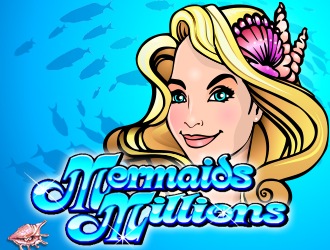 Few online slots have remained as popular for as long as Microgaming’s Mermaid Millions slot.

Believe it or not, though, this slot machine game is not as old as its appearance would suggest. Instead, it has been designed in an old-school manner that has added years to its age and appearance.

Mermaid’s Millions is a non-progressive jackpot slot, no matter what you may think given its title. It is played over 5 reels and 15 lines and can see players wagering anything from 5p per spin, up to £375 per spin in all.

For their troubles, players can try and compete to win a non-progressive jackpot which is worth 7,500x their total bet.

This slot certainly has all the trimmings. There is a wild symbol which appears as a merman and can substitute for all other symbols in the slot machine game, except for the bonus icon and the scatter symbol.

Scatter symbols appear as mermaids, and these can trigger a free spins bonus if 3 or more appear in any position on the reels. They will also dish out scattered cash prizes.

As mentioned, there are two bonus rounds in this slot. The free spins feature offers players the option of playing with 10 free games.

Any wins you bag with those spins will be tripled, courtesy of the slot’s 3x multiplier.

The bonus can be retriggered with more scatters. Meanwhile, the Treasure Bonus is triggered via the bonus icons and allows players to select from several underwater objects to win an instant cash prize.

Mermaid’s Millions has continuously proven itself to be one of Microgaming’s best and most popular slot machine games.

Some slots fade away with the years, especially when their graphics, features and designs are dated.

None of that has affected Mermaid’s Millions, though, which can be found across the net.