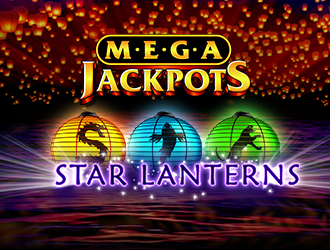 First up, we should look at the Floating Reels feature. When players land winning symbols in any combination on the reels, those symbols will disappear and be replaced by new ones. These floating symbols work much the same way as Rolling Reels or Collapsing Reels and provide multipliers for consecutive wins.

Players will also notice a Star Multiplier bonus in this slot machine game. When players land star symbols on the reels, they can pocket 2x, 3x, or 5x multipliers on their winnings. Star symbols are only capable of cropping up on the first, second and third reels. Star symbols can reveal Mega Jackpots icons. If players can collect 4 of them during the base game, they will pocket the progressive jackpot.

A Second Chance feature could see players afforded one more opportunity to pocket the progressive, should they fail the first time round. Don’t count on this to occur every time, though.

A second bonus feature is triggered by landing bonus flower symbols on the first, second and third reels. In this feature, players can choose from 3 lanterns to win between 4 and 14 free games. During the bonus, the Star Multiplier can offer you considerably better wins, even if you can’t retrigger the feature.

Mega Jackpots: Star Lanterns offers you considerably more in the way of bonuses than other Mega Jackpots slot machine games, and this could make it the most prosperous of all the IGT developed games in this series.