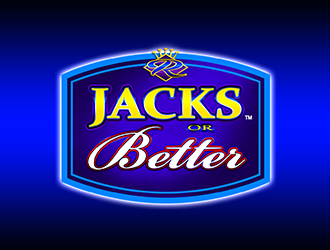 Jacks or Better video poker is an online casino game similar to poker. However, you’re playing against the house in this one. Your goal is to collect the best possible poker hand.

While it’s a luck-based game, the outcome greatly depends on your choices during each round. So, knowing the poker hands and their probabilities is crucial to winning.

What’s great about this game is that the better you’re at it, the more you can win. And with the special ‘jacks or better’ feature, it’s fairly easy to do.

You get five cards when you place your bet. You can then hold some of them if you want and redraw the rest. Choose them according to the winning hand that you’re aiming for.

The starting cards will usually suggest the best path to aim for. You only get one re-draw, though, so think carefully. All five cards are required to make the combo unless it’s specified otherwise.

The winning hands are:

You can also choose your bet level from one to five. The higher the level, the better the payouts become.

However, the 5th level is the best because you can win up to 800x this way. Meanwhile, all the other levels only allow winnings up to 250x.

Jacks or Better is a single pair (if it’s jacks, queens, kings or aces) that pays 1x. While that’s not much, it’s much easier to hit.

Therefore, with this extra feature, you can sustain your bankroll for longer. This gives you more chances to hit a better combo and win big.