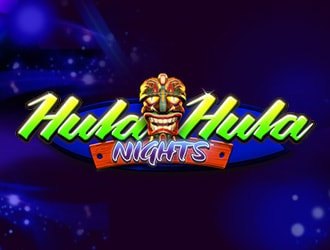 Hula Hula Nights is an Hawaiian-themed slot by WMS, which means it’s perfect for those times where you wish you could be at the beach. What’s more, as the slot includes three rewarding bonus rounds, it’s full of chances to win big. This means your dreams of the Pacific may be less far-fetched than you think!

Hula Hula Nights was first released in January 2018, which means that it boasts modern mechanisms which perform flawlessly across all devices. That being said, the slot does have a retro feel about it, so don’t be expecting ultra modern graphics.

As we mentioned earlier, and as the name suggests, Hula Hula Nights has a Hawaiian theme which runs throughout. This means that symbols on the reels include hula dancers and various different exotic flowers.

Hula Hula Nights also boasts a wild symbol, which is represented by a tiki mask. This substitutes for all other symbols, aside from the game logo scatter.

Free Spins
In Hula Hula Nights, the free spins round is triggered when you land 3, 4 or 5 the game logo scatter symbols anywhere on the reels. In doing so, you will be rewarded with 10, 15 or 25  free spins respectively. However, unlike in most slot games, this round cannot be retriggered.

Green Reels
During any spin, one to all of the five reels may turn green. When they do, this means that all symbols on that reel will be identical. This gives you plenty of chances to create a winning combination and so can be very rewarding.

Big Bet Mode
When playing Hula Hula Nights, all players have the option of enabling the game’s ‘Big Bet’ mode. This offers the chance to place bigger bets for extra feature upgrades: