Finn and the Swirly Spin Slot 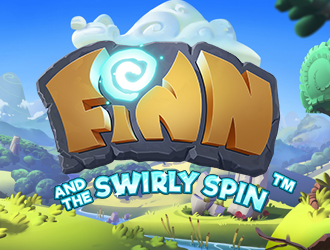 Net Entertainment (NetEnt) are taking Irish-luck themed slots to a whole new extreme with the launch of their Finn and the Swirly Spin slot.

With the genre has always been popular with slot players, there aren’t a great deal of 3D slots with the theme out there on the net, until now, and none with such an original structure as this.

Finn and the Swirly Spin is played over 5 reels but there are no paylines. Instead, a swirling reels structure rotates the symbols in a clockwise direction in a swirly pattern.

Wagers only stem from 10p up to £200, so even though the payline structure is totally unique, the wagering range is comfortably familiar. Players can win up to 500x their total bet with this slot.

As well as the symbols rotating clockwise on the reels, the game also features an avalanche structure, meaning that every symbol which appears in a winning combo will be replaced by new ones, giving players the chance to win multiple times on a single spin. Wins can only occur in horizontal or vertical patterns.

The star is a wild symbol and when it is used in a winning combo, all symbols which appear on its shape or row are destroyed and replaced with new ones.

Four randomly triggered features in the base game can see between 2-5 random wilds added to the reels, random symbols destroyed triggering the avalanche feature, a guaranteed win paid out, and the possibility to replace heart symbols with better-paying icons.

Free spins are triggered when the scatter icon lands in the centre of the reels.

It may sound complex, but once you start spinning the reels of the Finn and the Swirly Spin slot, you will see that it is just as easy-to-grasp as other Irish luck-themed slots, albeit with original features and quality 3D graphics.